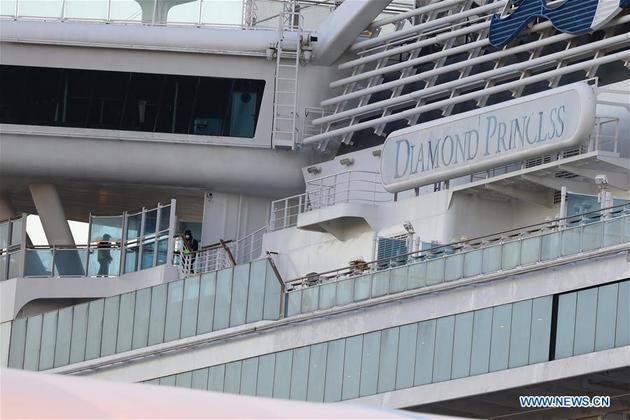 The Ministry of Health, Labor and Welfare said 38 out of the 70 people did not show symptoms of the novel coronavirus disease (COVID-19) infection, such as fever and coughing.

The ministry has so far tested a total of 1,219 aboard the Diamond Princess ship, which was carrying more than 3,700 passengers and crew, Kato said in a program on NHK, Japan's national broadcasting organization.

The ship has been kept in a two-week quarantine period off the Yokohama Port after an 80-year-old passenger on board from Hong Kong was found to be infected with the pneumonia-causing virus.

The ministry said it has been focusing so far on testing people aged 70 and older and will focus on testing those younger than 70 starting around Sunday.

The passengers will be allowed to disembark the ship if they test negative and show no health problems when the quarantine period ends Wednesday, the ministry said.

So far, 407 infections have been confirmed in Japan with 15 cases in Tokyo and one death of a woman in her 80s.